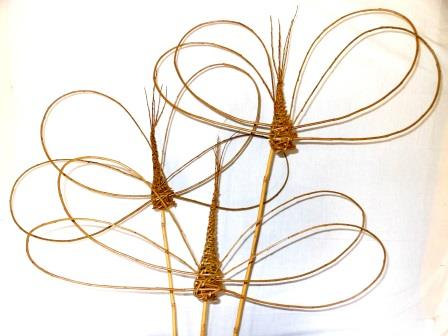 I have two children. They are both completely different; and they are both completely fabulous. I am allowed to say that – I heard it from the brilliant Dan Hughes during my Dyadic Developmental Psychotherapy training. He told us that we are primed to think that our own children are the best to ever walk this planet, or words to that effect. It is how attachment works. At the time he was gazing at a photograph of his extraordinary granddaughter. That my children are completely different doesn’t come into it; they are both equally wonderful. Unless you look at the mantelpieces in their bedrooms that is. One is laden with awards and trophies. One has none. You see, in our society the strengths and skills displayed by one of my children are far more readily recognised and rewarded than the strengths and skills of the other.

It starts young, and just about every aspect of school life is organised around it. From ‘top table’ to ‘sports day’ the winners are there in plain sight. In theory it should all balance out, with different children excelling in different areas of school life, but in reality it rarely works out that way. Instead, the children who are good at the things society values are often good at lots of things that society values; either because they are naturally more able across the board; or because they are encouraged and supported (and funded) at home in a range of activities; or more likely a combination of the two. And of course skills in one area facilitate skills in other areas, as well as providing children with the confidence to have a go at new things. They are also braver about demonstrating their success – who wouldn’t be when you are on a clean run of coming out on top? And then, on prize days, they get rewarded again often for the same achievements.

Neither of my children are particular fans of athletics and so sports days were often in the territory of ‘its the taking part that counts’ in our house, and something we were glad to get out of the way. But in other areas my son’s photographic memory, fascination with facts, musicianship, love of performing, and his leadership skills (did that come before or after his strengths kept being recognised?) have suited school life perfectly. My daughters skills are plentiful and inspirational – but never quite make the limelight. Her social skills, listening skills, problem solving skills, observational skills and practical skills (she can literally turn her hand to anything) blow me away. They will serve her so well in adult life; but in school they may be appreciated, but they are rarely elevated to the giddy heights of awards or trophies.

In Wales, never is this more apparent than the Eisteddfod. An annual celebration on St Davids day that is organised entirely around competitions. Year after year my daughter entered competition after competition, and never once got so much as a placing. From singing to hand writing, to baking, to poetry reading to model making she tried. At school pick-up time, some children would run to their parents and carers covered in rosettes and others would walk slowly, their jumpers an empty void. “The main thing” I would say lamely, “is that you loved making that underwater treasure trove” or whatever the theme for that years model happened to be. And she did, she absolutely loved it. But she would have loved it more if on just one occasion she got a rosette.

One year she decided to go for it, and entered every competition possible. The half term just before we were on holiday, but even so she beavered away with the list. One day we went to visit a local wildlife centre and they had a willow weaving class that she took part in. After three hours she emerged triumphant, holding a spectacular dragonfly in her red raw hands. “Ive got an idea” she declared. “I am going to make a circular pond for him to sit on covered in ripples and enter him in the model competition”. The theme that year was ‘Environmental Pattern’. It was inspired. On the day she needed help to get all her submissions into school. She carefully carried the dragonfly herself, and friends came running up to admire it. After school I waited in my usual spot. She came out with nothing on her jumper. “See I never win anything” she said “I’m not bothering next year”. She was wearing her brother’s hat. He had entered the music contest at the last minute with a drum solo and threw his trilby into the audience in a rock star style finale; aiming at his sister. At least someone had noticed her. He came first.

At parents evening a few weeks later I plucked up the courage to say something. I felt anxious – how do you not sound like a pushy parent with sour grapes? But it wasn’t just for my daughter; it was for all children who try their hardest but don’t quite hit the mark. Her teacher was brilliant and listened intently. “I’m going to raise this at the staff meeting” she said. A few days later she telephoned me at home. “We have changed the system moving forward” she said “children will get a point for their house for every competition they enter as well as points if they win”. I told my daughter she had made a difference to how they do things at the school; and they were going to start rewarding effort as well as the winners. She was delighted. The next day the teacher from Forest Schools also came up to her in the playground. “I loved your dragonfly  – we have willow in our workshop and don’t know what to do with it – could you teach us how you made him?” She could not have felt more proud or excited; and the willow weave dragonflies on the wall in Forest Schools are another legacy she has left. There is no award or prize to show for it; but there is a huge sense of intrinsic achievement; and a story we remember often.

How do you change the competitive nature of our education system when just about every aspect of school life is based on it? Interestingly, not long after Dragonfly Gate we moved to Toronto for three years. Very quickly, my son noticed a difference. “Mum, in the UK it is all about being the best, but here it is all about doing your best”. This, from the boy who didn’t want to move; and who was used to winning prizes. He preferred that aspect of Canadian life – it felt less pressured. If you are usually winning, what happens when you don’t? It suited his sister much better too, and her self esteem blossomed. She even started taking part in sports because it was all about fun.

As a psychologist who has been steeped in the power of positive reinforcement I too learnt an important lesson. I volunteered as a Roots of Empathy instructor and one of the hardest things I had to give up was praising kids in the session. The rationale is to create safety in the classroom, and if children are singled out for getting ‘the right answer’ (there are no right or wrong answers in the world of emotions) or ‘the best idea’ it might leave the children who were thinking something different and too shy to put their hand up more reluctant to speak out next time. Instead, as an instructor I would repeat answers back with a smile, or say thank-you, and praise the whole class for the behaviour I appreciated from them all. It was really hard to do, but so powerful when I got into the swing of it. It certainly did create an atmosphere of acceptance and inclusion that all the children seemed to love and feel part of. The baby helped too, of course – see my blog about the wonderful Roots of Empathy programme if you want to know more.

Of course there are areas of school life where there are right answers, and where competition and winning is important. I am just suggesting that there is a balance to be had; and that the achievement can be the reward in itself and doesn’t have to be rewarded again and again for the same children. It is also important to remember the unintended consequences of this culture of winners. That for every child receiving the award there are many more feeling diminished by it; especially if they have put time, effort and hope into trying. That many of the most important qualities in life don’t lend themselves to being measured and competed for. Empathy, for example, will never come out on top – that is the point of it. Finally, my children know they are the best in my eyes regardless of what they achieve. For many many children in our schools they don’t have that buffer at home; far from it.  Furthermore, these are often the children who don’t get music lessons, or home tutoring, or even a trip to a wildlife centre and a willow weave class. Oh and if you are wondering how to pronounce Eisteddfod – for many parents it starts with an F.